Arctic Express Canada: The Heart of the Northwest Passage

Explore the Northwest Passage, the fabled sea route running between Europe and Asia. 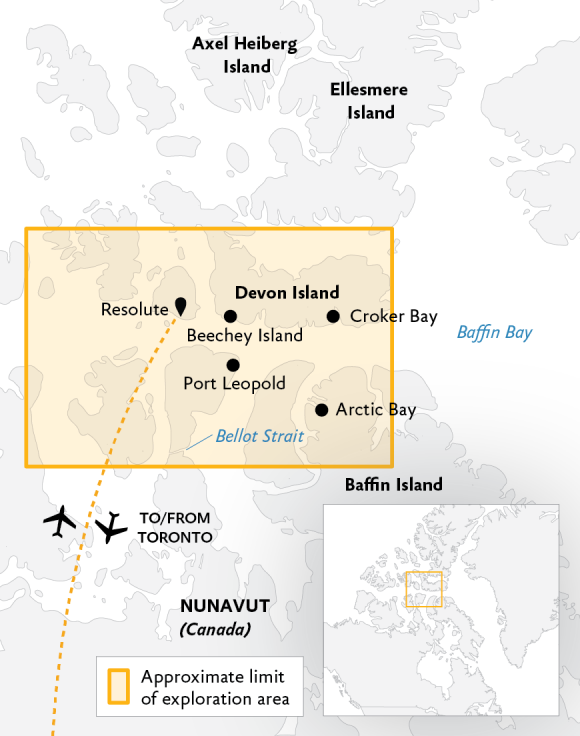 Fly to Resolute and embark

This morning, board your charter flight to Resolute, Nuvanut. Upon arrival, you may have a chance to check out some of the town’s sites before being transferred to your ship via Zodiac or helicopter (depending on ship location and weather conditions).

Disembark in Resolute, fly to Toronto

After disembarking in Resolute, you’ll be transferred to your charter flight to Toronto, where you’ll spend the night at your included hotel.

Today, make your way to the airport to catch your homeward flights, or spend the day exploring this fascinating city.