Realm of the Polar Bear in Depth - XVRDNX

Similar to our "Realm of the Polar Bear" tour, but with three additional days of exploring. Scour the ice and tundra in search of the elusive polar bear and encounter even more icebergs, glaciers, and unique wildlife than you ever thought possible on this 11-day expedition. Search for lounging seals, grazing reindeer, and colonies of birds under the midnight sun. 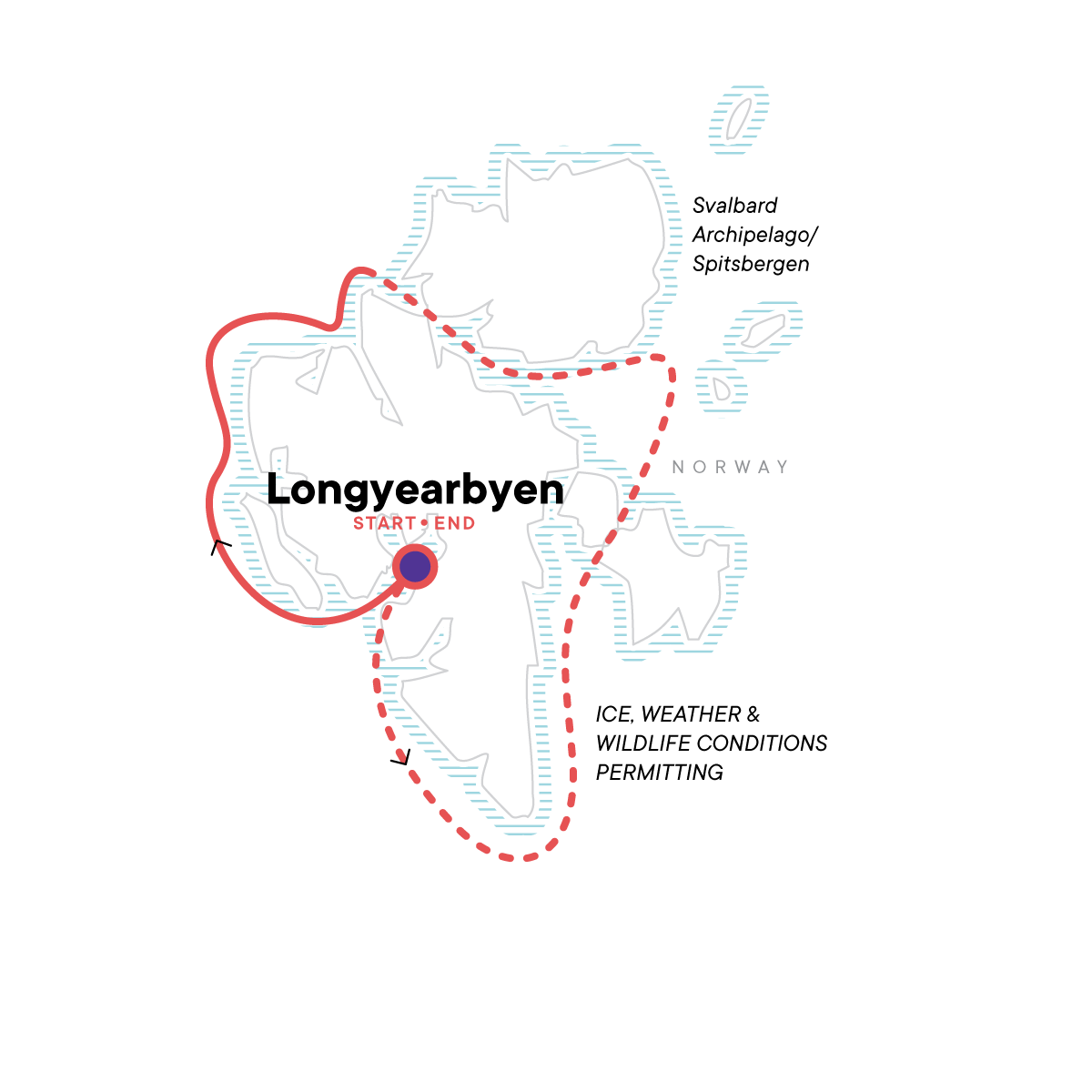 Get a first glimpse of the midnight sun in Longyearbyen, Spitsbergen's capital. Transfer from the town to the G Expedition for a late afternoon embarkation.

Please make sure you drop your checked luggage off at the meeting point between 9am - 12pm. A local representative will be in the luggage storage room. They can provide general information about the town or the embarkation process. All passengers will be transferred to the ship as a group for embarkation at 4pm. Please ensure that for embarkation you have your passport accessible (not in your luggage which is being transferred separately to the ship).

Each day is planned to take advantage of local ice and weather conditions. Svalbard is one of the few places on the planet to offer such a plethora of natural and historical extravaganzas. Spend the next nine days exploring the remote polar regions. Visit ice-sculpted fjords with breathtaking mountain scenery, and glaciers crashing into the sea. Spend time exploring pack ice edges in search of polar bears hunting seals. At one or more of the stops, it's possible to encounter Svalbard's Arctic fox and the region's unique reindeer.

Our goal is to give travellers the best possible opportunity to see wildlife in and around the Svalbard archipelago. Early season voyages often provide the greatest opportunity to see large ice floes in the Arctic pack ice, which usually means excellent wildlife viewing. Later in the season, the group will cover more territory, which may allow the chance to explore the entire archipelago. This can lead into the less explored regions of Nordaustlandet and Kvitøya, or the continental edges where large whales are attracted by nutrient rich upwellings.